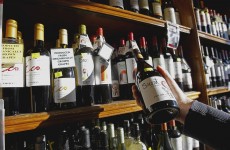 8.2 million cases of wine were sold here in 2013 – 700,000 fewer than in 2012.Wine importers and distributors have blamed “disproportionate” increases in excise duty for an 8pc drop in the number of cases sold in Ireland last year.

The Government added a 50c excise duty increase on a 750ml standard bottle of wine in the last budget, which followed a €1 increase the year before.

Ireland now has the highest excise duty on wine in the EU at €3.48 per bottle.

These rises have hit customers seeking cheaper wines the hardest. While 32pc of a €24 bottle of wine consists of VAT and excise duty, this figure rises to 59pc for a bottle costing €8, or €4.69 of the total price. The actual wine comprises a staggeringly low 11c of an €8 bottle.

Discount stores like Lidl and Aldi are now stealing market share from other sellers, rising from 12pc to 19pc in the last year. Chains lost 4pc, but still control half of the market, as independent sellers suffered an 11pc slump.