The wine buff: A toast to the new decade

For me, it’s always an occasion to raise a glass of very nice bubbly, but until recently I had no idea of the origin of the ‘toasting’ tradition. Until a fellow wine scribe, Kate Hawkings, asked on Twitter about the origin of clinking glasses, and this in turn led to a discussion on toasting. One theory dates it back to the Romans. When a poor-quality wine was all that was on hand, a piece of toast was put in the jug to soak up the acidity and add some flavour. However, the first written record was in the 16th century and appears in Shakespeare’s The Merry Wives of Windsor, when Falstaff demands, “Go fetch me a quart of sack; put a toast in’t” – sack being a fortified white wine, and the toast literally meaning toast.

So not a very auspicious start to the grand act of toasting, but by the 18th century, this tradition had climbed the social scale to honour people, present and absent, and from there emerged ‘the toast of the town’.

If we were to pick a toast of the town in Ireland this year, it would have to be Jurica Gojevic, the head sommelier at Adare Manor and the one-Michelin-star Oak Room restaurant there, who was crowned UK and Ireland Sommelier 2020 by Michelin. This is the first year of this hugely prestigious award, so it’s doubly wonderful to see it land on such a fine sommelier in Ireland. 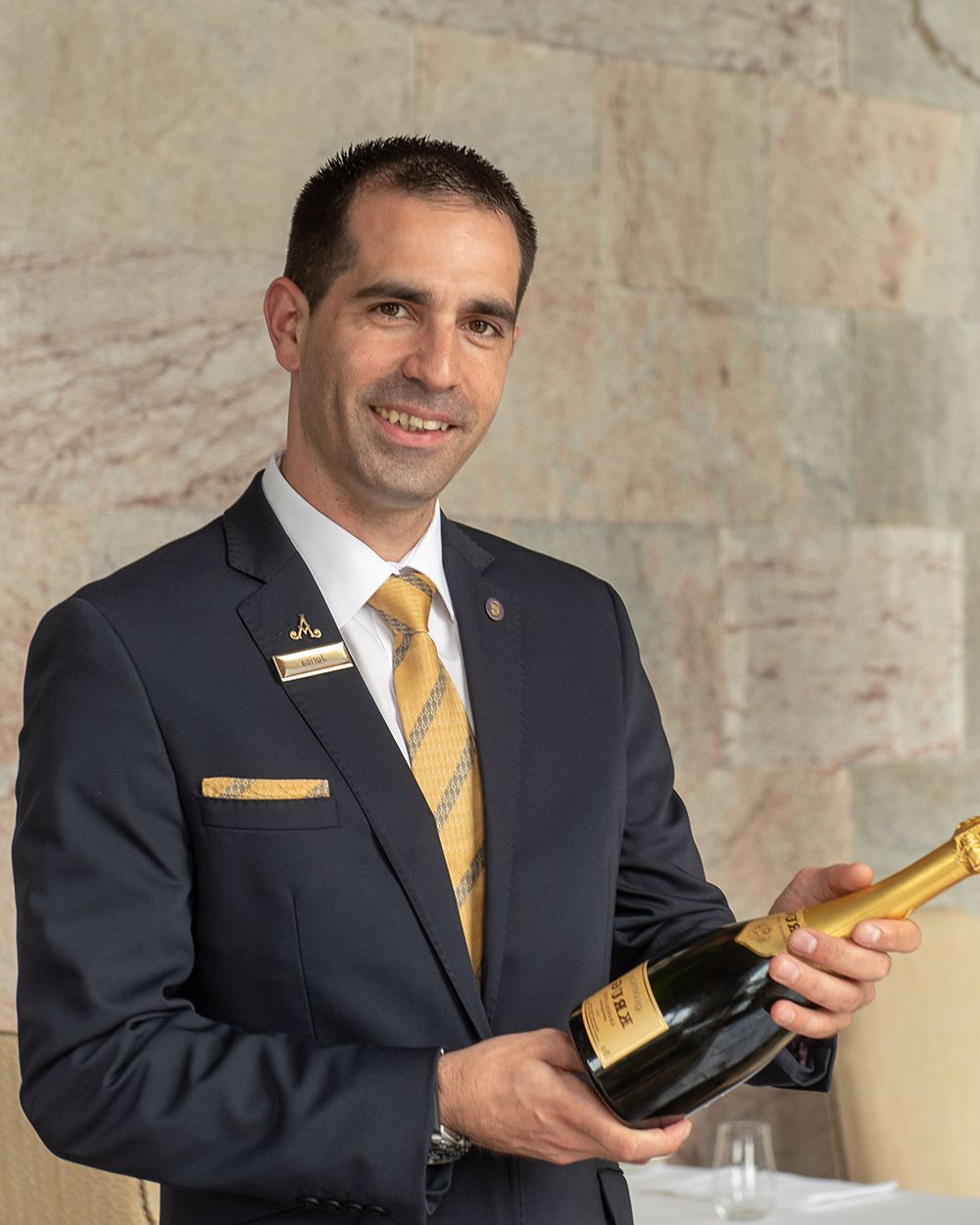 And adding to the firsts, The Oak Room at Adare Manor has just been announced as the first Irish Krug Ambassade, meaning it is in very exclusive company indeed, joining 59 individual restaurants and hotels across the globe and their top sommeliers. Juri first tasted the Krug Grande Cuvée 164th edition when he was working at Dublin restaurant The Greenhouse and has had it on his wine lists ever since.

“Krug is made in small quantities, meaning there is a limited supply around the world; it is very special,” he says. “The way the Champagne is blended adds to the magic of Krug. They keep different Champagnes for 10 to 15 years and blend them beautifully, creating a breathtaking finished bottle.”

And what is the best way to open a bottle of Champagne? First up, it should be well chilled. “Unscrew the wire cage six-and-a-half times exactly,” says Juri. “Tilt the bottle to 45 degrees and, keeping your thumb on top of the cork – never remove it – turn the bottle to the right, not the cork. The pressure will release the cork gently and nobody will be harmed or alarmed.”

Happy New Year to you all!