Monvínic has been open for several years, but its ultramodern aesthetic—stainless steel, glass, concrete and leather—still seems quite new. And the restaurant continues to attract an eager crowd: On the Monday night when I visited, it was packed. 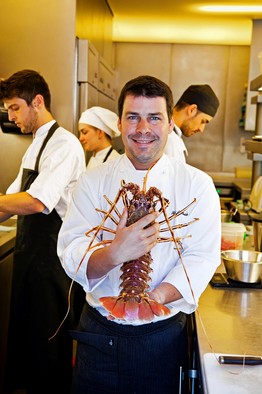 There are three distinct parts to Monvínic: the restaurant, the wine bar and the library. There’s a fourth if you count the large glassed-in cellar and a fifth if you include FastVínic, the upscale fast-food restaurant next door that features salads and sandwiches sourced from the same local purveyors as Monvínic’s ingredients, as well as a selection of reasonably-priced wines dispensed by an Enomatic machine.

Restaurant reservations must be made at least a few weeks in advance, while seats at the wine bar can be had on a first-come, first served basis. But it gets crowded quite quickly so it’s best to come early—which isn’t hard for Americans like myself, since early in Barcelona is anytime before nine. (Full disclosure: I’ve arrived at restaurants in Spain early enough to help the staff set the tables for dinner—i.e., 8:30 p.m.)

We secured a table in the bar facing the library, where Monvínic patrons can browse a large selection of wine books, many written in English. Monvínic’s wine list (iPad version), with over 3,000 selections from all over the world, offers plenty of browsing material as well, including extensive producer profiles and tasting notes. 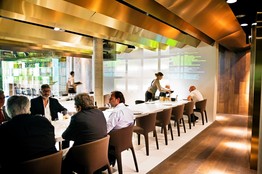 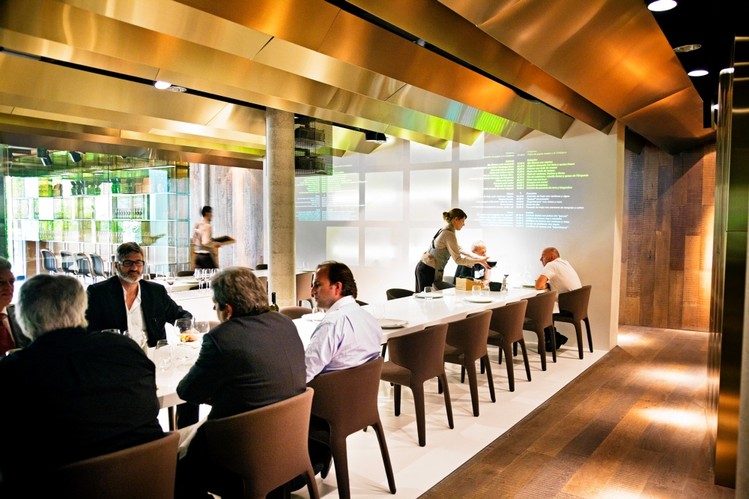 In addition to Monvínic’s “regular” list, there are 50 featured wines by the glass that change every two weeks, according to Isabelle Brunet, one of six black-leather-apron clad sommeliers and a veteran of top restaurants in England, Australia and Spain. Ms. Brunet, like her compatriots, is knowledgeable, yet approachable and good humored.

The wines by the glass are well-priced and wide-ranging. We sampled L’Equilibrista, a terrific, minerally Catalan white; a Pietramarina from Etna in Sicily and a Fendat from top Swiss producer Simon Maye, and paired them with chef Sergi de Meià’s terrific tapas—the delicately-fried cod fritters were a favorite. Mr. de Meià is a much-acclaimed chef with a fierce commitment to local suppliers—all of his ingredients are sourced from within a 300-kilometer radius of the city.

Located just off the stylish and seemingly endless Avenida Diagonal in the city’s Eixample district, the elegant Bar Mut could easily fit in a chic part of Paris, save perhaps for its soundtrack (the entire Bee Gees “Saturday Night Fever” oeuvre). 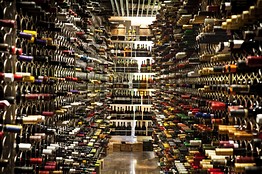 We arrived at Bar Mut around 8:30 p.m.—early enough to get a seat in the bar, but too early to meet the sommelier, who apparently wouldn’t show up until later that night, according to Paolo, our waiter. But Paolo assured us that he could help: “I’ve taken wine courses,” he said. Paolo’s assistance turned out to be critical, as there were no vintages on the wine list. When I pointed this out, Paolo professed to be mystified.

But he happily obliged us by checking out the years of various bottles that I asked about (a couple of white Burgundies and a few Riojas). Some turned out to diverge from the wine list completely (a Roulot Meursault on the list was actually a Meursault from Jobard). The red wines were a bit easier to figure out, as they were displayed in a case on the wall; wine drinkers willing to investigate can check out the vintages for themselves. I found an excellent, well-priced 2004 Marques de Murrieta Ygay Gran Reserva Rioja for €47 (about $58), though oddly enough it was €54 (about $66) on the wine list. While Paolo was on the wine hunt, I ordered a glass of rose and some tapas. The savory duck meatballs were particularly good.

When Quim Vila, proprietor of the Vila Viniteca food and wine shops, professed admiration for Dean and Deluca in New York, I wasn’t surprised. His family’s food shop looks like D&D in exquisite miniature. Located in the oldest part of the city (Barri Gotic), the gastronomía features over 300 Spanish cheeses and seemingly every great name in Iberico ham. (There’s a dedicated butcher standing by waiting to slice the ham of your choice). There are all sorts of Spanish specialties too—olive oils, chocolates and lots of tinned fish. (Does any country love tinned fish more than Spain?) The Vilas also hold regular seminars on cheese and ham, and how to pair both with wine, since the Vilas also own a small perfect wine shop as well. 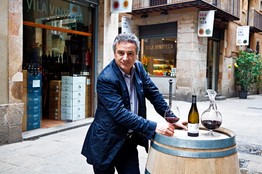 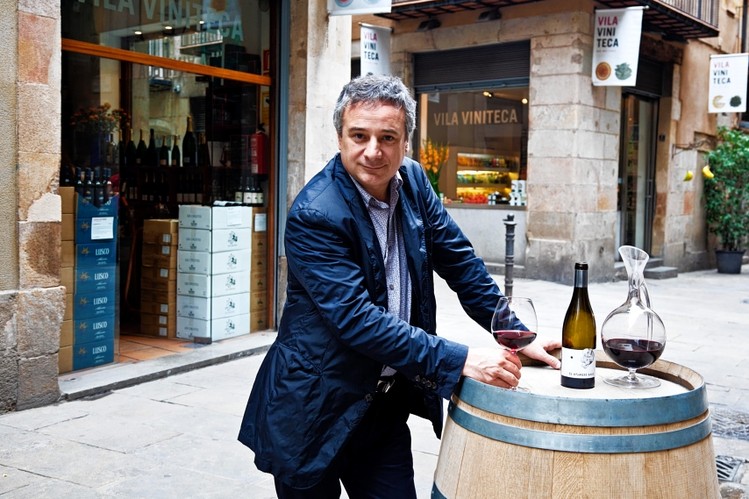 That shop is just across the street and crammed to the ceiling with bottles—the best wines in Spain and the rest of the world too. (Mr. Vila is not just a retailer but a wholesaler and distributor.) A walk around the shop revealed top names in Champagne, Burgundy, Bordeaux and, of course, Spain. There were even some American wines on display (Shafer Vineyards Merlot sat by the front door). Mr. Vila explained that he sold the American wines mostly to Barcelona restaurants, but also to homesick American tourists.

There are two more parts to the Vila empire: a glass-fronted tasting room across from the wine shop and a jewel of a wine bar, La Vinya del Senyor, just around the corner, facing Santa Maria del Mar. Although the church is undeniably impressive, the wine list (for me) was the bigger draw—remarkably deep and broad-with wines from all over the globe. In fact, the name, “the Lord’s Vineyard” isn’t far off the mark.

The tables in this small, modish “wine restaurant” are quite simple, like the rest of the décor. The sole exception is a whimsical table in the back shaped like a (very large) paella pan. This was where we were seated, in a gesture that I’m still not sure was a punishment or a reward. 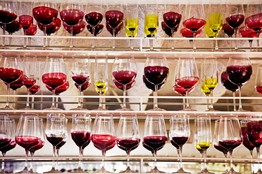 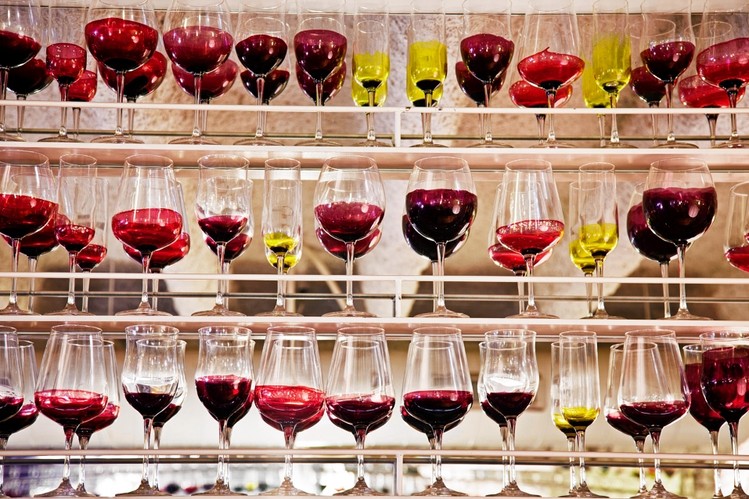 Alvaro Leiva for The Wall Street JournalWines at Cata 1.81

But the wine, not the design, is the draw at this 11-year old establishment. Owner Santi Olivella served as a sommelier at Vinya del Senyor as well as the Michelin-starred Barcelona restaurant Gaig.

The Cata 1.81 wine list is also on an iPad (though a paper version is available), and while it’s nearly as long as the lists at Monvínic and Vinya del Senyor, it includes a number of interesting, well-priced Spanish wines that range from a €18 ($22) white Rioja from the famed Alvaro Palacios to the cult Priorat red Clos Erasmus, whose €150 ($184) price was a bargain compared with its price on lists in the States.

Mr. Olivella happened to be in the restaurant the night of my visit (he has a second restaurant and divides his time between the two) so I asked him to choose a white wine that he particularly liked. He selected the 2008 Marqués de Alella Pansa Blanca (Pansa Blanca is a Catalan grape used in Cava), a lovely dry and textured white with notes of orange peel and spice that was also well priced at €27, or $33.